FNF VS Steve Minecraft 1.5 is a new Full Week MOD for Friday Night Funkin’ that includes 5 new songs for the game, all of them included in a new week for the game. Although there are already other pretty good MODs featuring Steve, this MOD offers a quality that makes it worth keeping an eye on. 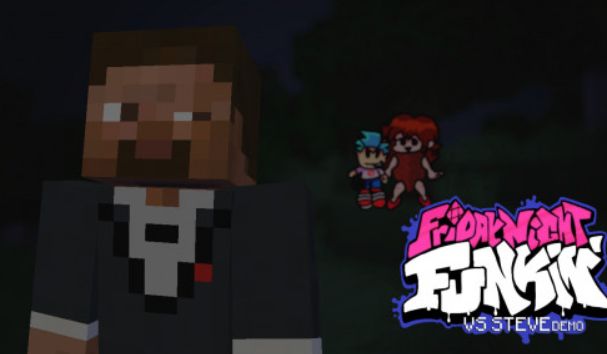 The first detail that stands out in this MOD is that it is designed following the style of week 6 of the game, so both its characters and its background are pixelated. The character included, Steve, is a mythical Minecraft icon character. One of the most interesting details regarding Steve, is that in the fourth and last confrontation of the official week, he will put on an iron armor and take a diamond sword.

It should be noted that it is a MOD with quite difficult charts from the first song, so it will be a delight for the most tryhard players. The new background perfectly simulates the world of Minecraft, in which BF and GF have entered because of Daddy Dearest (according to the story). After its latest update 1.5, the MOD has a bonus song that can be accessed from the Freeplay menu.