Download VS Springtrap FNF MOD – New release for Friday Night Funkin’ in which we will face Springtrap, from Five Night’s At Freddy’s 3 in a new song, titled Nightmare. It’s a MOD that follows the recent trend of using characters from horror games within FNF, as is the case with Freddy Fazbear or VS Slenderman, both released in recent days. 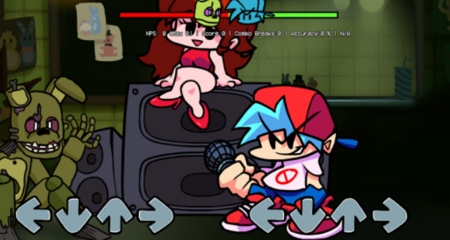 Warning: The MOD contains Flashing Lights that could damage your eyesight, so play it at your own risk.

The one song it contains is pretty good, and it has a pretty high difficulty, but it tastes a little bit too little, as it has the same amount of content as some DEMOs (i.e. only one song). However, the developer has already announced that we will have future updates that will offer us more songs to enjoy. Let’s hope so, as the MOD gives for much more.

New features of VS Springtrap