Download FNF VS Senpai ERECT Roses Remix – New MOD for Friday Night Funkin’ that includes a new vocal remix for Senpai’s “Roses” song of the week which features elements that make it similar to an Erect type remix. 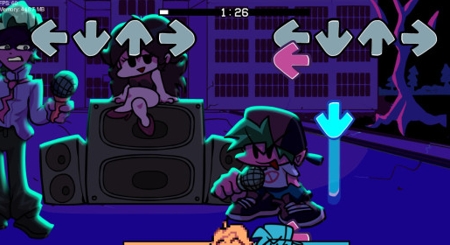 This is a MOD that includes a new remix that sounds pretty good, along with custom graphic elements in the Erect style, as we can enjoy a scenario bathed in shades of green and pink light that we have already seen in other famous MODs of this theme. In the future it is very possible that a remix version for the instrumental of this song will also be included.