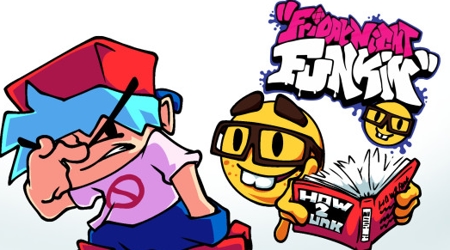 This is a MOD that offers a new week called “Fortnite” with a song called “Homework”, which is a meme song that, as we mentioned above, has as main protagonist the nerdy WhatsApp emoji, who will provide us with a musical solo with a humorous tone. This song offers trick arrows to increase the difficulty level, which include different designs. Graphically, we have a completely white background that makes the character and its animations stand out.