Friday Night Funkin’ VS Marked is a new MOD for FNF that includes a character inspired by The Binding Of Isaac (in one of its transformations), in a new week that stands out above all for the quality of the songs and their charts. It is certainly a highly recommended MOD for those players who prioritize the playability of the MOD above all else. 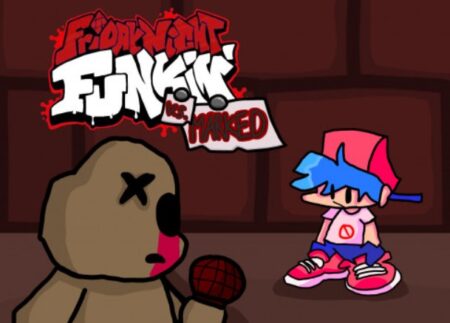 VS Marked incorporates 3 new songs to the game that have a somewhat “creepy” or scary style, but they are quite interesting and of a quite high quality. As we have already mentioned, the charts that accompany all the songs are also of a very high quality, although in general they have a not very high difficulty. That if, the third song of the MOD is quite difficult to overcome, following the line of what many other MODs offer (in addition, it has a special evolution of Marked in this confrontation.

In terms of aesthetics, it is true that it is a fairly simple MOD that does not offer much, but you can not ask for everything. The new MOD VS Isaac, which is still under development, is a good alternative to this one. Overall, an interesting MOD, especially for the quality gameplay it offers, and its songs.

Latest updates for VS Marked MOD