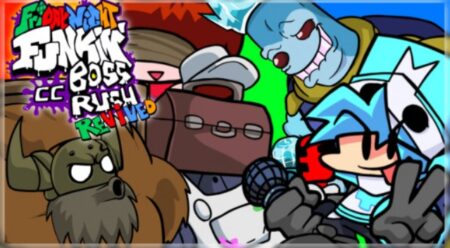 In FNF VS Castle Crashers Boss Rush REVIVED Unblocked you will be able to face 7 different Castle Crashers bosses, in a total of 7 songs. Each of the songs has its own character, its own background and its own special details (for example, in one there is a new mechanic). Overall, it’s one of the best MODs of the last few weeks, and you shouldn’t miss it if you like quality MODs.

You can play FNF VS Castle Crashers Unblocked online from FNFunkin. You can also download the MOD on your PC from the link below.