Ringside X FNF is a new MOD for Friday Night Funkin’ that replaces the “Dad battle” song with a new song, in which we will also face a new opponent that will replace Daddy Dearest. Downloading and installing this MOD will replace content from the original game with exclusive unofficial content. 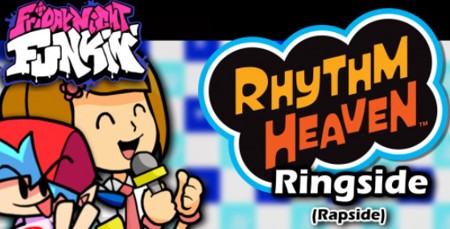 Despite only adding one new song to the game (for now), Ringside X FNF is a MOD worth checking out. The new song and the accompanying custom charts are of quite high quality, and the aesthetic part of the MOD (background, skins…), despite not being of the highest quality, fulfills its function quite well.

Hopefully the developer will be encouraged to publish a new full week around the idea of this MOD.

How to install Ringside X FNF

This MOD replaces certain files in the original MOD, so it requires “install”: