Expurgation Splatoon Reskin is a new MOD for Friday Night Funkin’ that includes a complete aesthetic rehaul for the song Expurgation, which appears in the well-known MOD VS Tricky. It’s certainly one of the most spectacular aesthetic rehauls you’re going to see, as it could have the personality to create an entire week out of it. 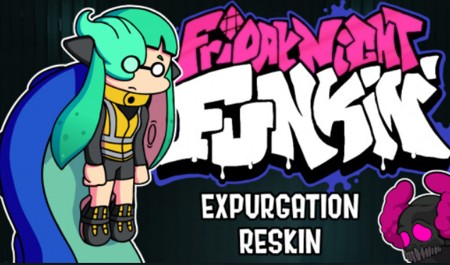 Although the song is exactly the same, including the charts, the truth is that the new aesthetics and new vocals included in Splatoon Reskin makes it seem like we are playing a completely different song. This MOD not only changes Tricky’s skin, but also changes BF’s skin for a new character, and GF’s skin for another one.

The MOD also includes some other details (such as a new polished death animation, or a new way to annoy us in the charts), which make it more interesting than other options that are less creative when it comes to innovating the content. The skin of our opponent is the highlight in terms of details of this MOD. 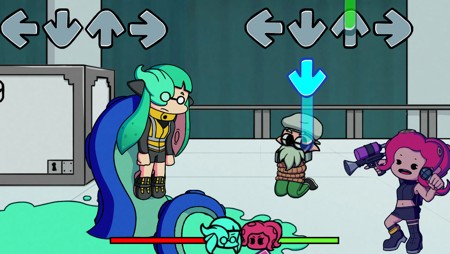 The aesthetics achieved by Expurgation Splatoon Reskin is very remarkable, and given the quality of Expurgation and its charts, it is totally recommendable to play it. It is worth noting that the only change in this reskin is in the Expurgation song, all others remain identical.