Electro Funkin’ is, without a doubt, one of the best Friday Night Funkin’ (FNF) MODs created to date. Downloading and installing this MOD will give you access to a complete renovation of the 6 weeks of the game, with new characters in each of them, as well as completely new songs for each of the stages of the game. The aesthetics and setting have also been tweaked. 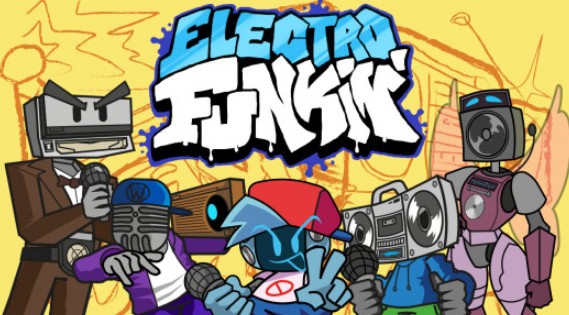 In Electro Funkin’ you will face different robots, one in each week, plus you can count on a new skin for both the bride and groom. While other MODs add new weeks to the game, Electro Funkin’ has not wanted to fall short and adds 6 new weeks to the game, something that not many others can say. At first only reviewed the first 3 weeks, but after the last update (just a few days ago), weeks 4-6 are already included as well.

To say that Electro Funkin’ has arrived to become one of the most popular MODs in the history of FNF is not at all an exaggeration, since it reaches a quality reached only by the club of the most powerful MODs of FNF. The amount of content included is spectacular, and the ambience of the skins and backgrounds are great.

How to install ‘Electro Funkin’ in FNF